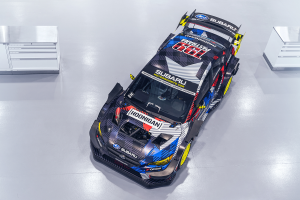 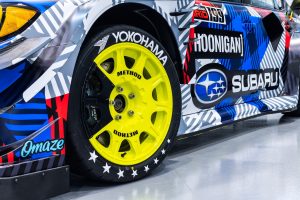 More than a decade-long rivalry between friends and rally drivers Travis Pastrana and Ken Block has culminated in a passing of the torch. Travis Pastrana is trying his hand at his own Gymkhana film, shot and edited by the same crew that makes all the Gymkhana films: Hoonigan Media Machine.

Set in Pastrana’s hometown of Annapolis, Maryland, Gymkhana 2020 takes the series in a high-flying new direction and stars an 862-horsepower one-off WRX STI built by Subaru exclusively for the film. Along with the big slides and tyre destruction that are typical of the Gymkhana franchise, Pastrana’s signature style and action sports background mean this instalment features bigger jumps—and more raw speed—than any before it.

Key for Chamois client Alcon is the fact that the car is equipped with an Alcon Triple Plate Carbon racing clutch, and Alcon brakes (350mm Front / 320mm Rear).

You can watch the Gymkhana 2020 video on YouTube here