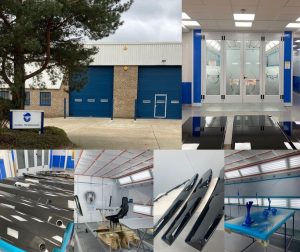 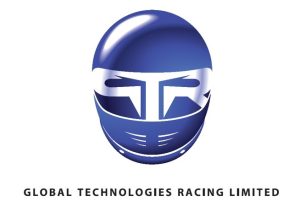 Global Technologies Racing Ltd has announced the establishment of a brand new, state-of-the-art paint and finishing facility. Bespoke designed and built at a cost of over £1 million, the new facility fully meets the exacting needs of the GTR group of companies and their global customers. The site is located in Littlehampton, UK, a few miles away from the group’s Fontwell head offices.

GTR is very proud of the fact that within a few months of opening, the GTR paint and finishing facility has already achieved formal approval to supply “production line ready” components to two of the world’s leading supercar manufacturers. This enables GTR to not only design and build the exquisite composite components demanded by the supercar OEM’s, but they can now deliver directly to the client for immediate installation onto the production cars. Previously, the components would have been sent to other specialists for painting and finishing – a process that added unwanted time and cost for the customer.

At the heart of the new paint and finishing facility is a Nova Verta downdraft oven booth which is extremely high specification and is broadly recognised as the very best in global paint booth technology. Capable of reaching temperatures of up to 90 degrees Celsius, the system is integrated with a bespoke calibrated data logging function to ensure that surface temperatures are recorded accurately. The booth is also fitted with programmable blowers for the drying of water-based paints. Alongside the booth sits a specialist preparation area which has full extraction sanding equipment, as well as an air-drying booth for the application of primers and UV paints alike. The facility boasts a stand-alone polishing area with technical polishing equipment and high levels of specialist lighting. With regards to process, substantial emphasis has been put into the testing and inspection of hardness, thickness, adhesion and gloss levels with testing equipment that can be deployed on an individual basis or used in a batch process for volume production quality, test and validation purposes. The facility is fully certified to ISO 9000 standards as required by GTR’s prestigious high-end clients in motorsport, performance automotive, aerospace, defence, marine, medical and others. The site also incorporates the very latest features to minimise the environmental impact of paint and finishing operations.

Sitting alongside this new facility, GTR’s established high-precision composite manufacturing capability is second to none. Selected to manufacture critical components by companies ranging from the world’s most high technology race car teams to critical medical equipment manufacturers, the skills, quality and attention to detail embedded into GTR’s processes are more than a match for precision sectors such as aerospace and defence. With over 250 highly skilled staff on-site, GTR’s production facilities include ten in-house autoclaves ranging in sizes up to 3m in diameter and 5.5m in length. This allows GTR to handle both micro components and larger vehicle sized assemblies alike.

Simon Kingdon-Butcher, Co-founder, Owner and Director at GTR said: “the establishment of our new paint and finishing facility has been a significant investment for GTR, but we recognised that our customers demanded faster turnaround, the very best quality and increased efficiencies. Being able to meet the high standards required to deliver fully finished components directly to our clients’ production lines is a big step for us”. He added: “two of our premier supercar customers have already approved GTR as fully-finished production part supplier and having this new facility is opening up opportunities for some exciting one-off projects too – more news on that front to follow”.